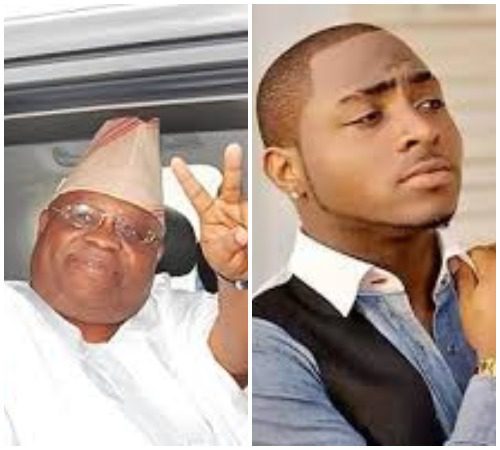 The Presidency has sarcastically invited Nigerian singer, Davido to perform at the thanksgiving service of APC governorship candidate, Gboyega Oyetola, who was declared winner of Osun Governorship election.

Davido who was a staunch and vocal supporter of his uncle, Senator Ademola Adeleke, the candidate of the Peoples Democratic Party (PDP), was invited by Johannes Tobi, President Buhari’s media aide.

Tobi in reaction to the declaration of the APC candidate as winner of the governorship election, asked Davido if he will be willing to perform at Oyetola’s thanksgiving. He wrote;

Would you be willing to perform for the people of Osun at Oyetola’s thanksgiving party?