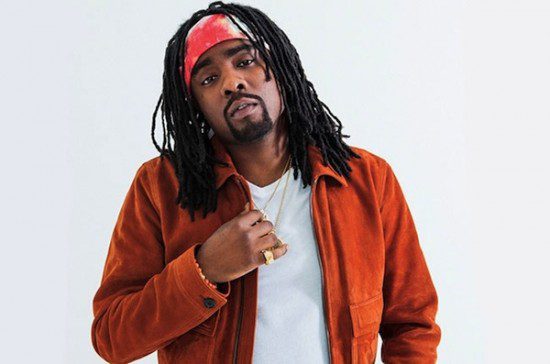 International rapper Wale who is of Nigeria descent has taken to Twitter to blast American Airlines after he, like many other passengers, was stranded on the runway when he was set to fly to Los Angeles.

The entertainer began tweeting about his experience and airing out his frustrations at being stranded. But things then escalated as American Airlines employees allegedly began to racially profile the 33-year-old rapper. He began by telling his followers he was stuck on the runway again and it was the 5th time it has happened in 10 days:

Shortly after, he revealed that the flight was cancelled. Then American Airlines’ Twitter account asked him about his experiences and Wale responded, accusing two of their employees of racism and said they told him they were going to call the police on him because he doesn’t belong in first class.

See the tweets below: 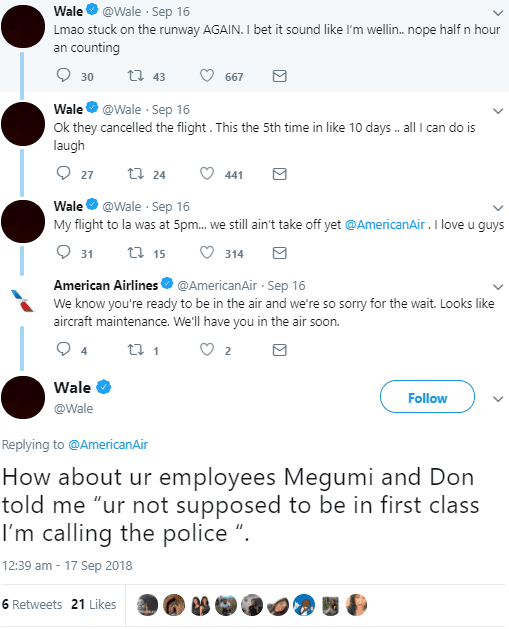 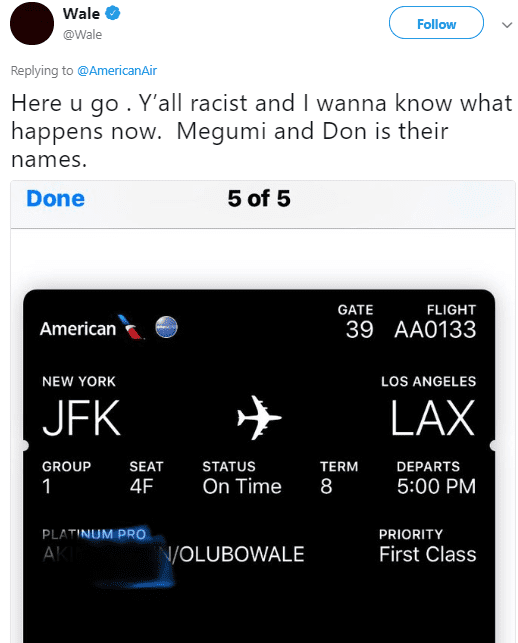