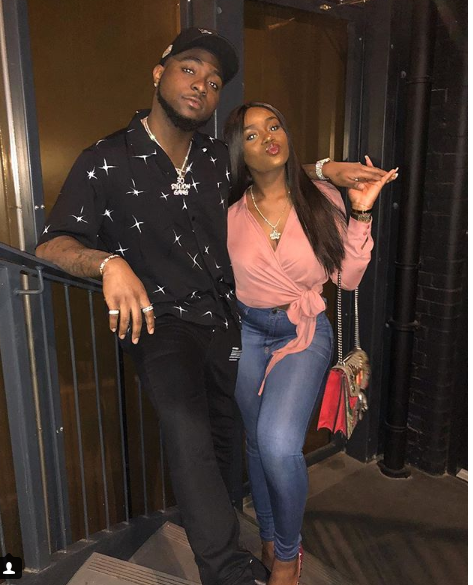 Nigerian superstar singer, Davido continues to express his love for his girlfriend, Chioma with expensive gifts.

The sensational music act in a latest show of affection has bought, Chioma a Cartier bracelet worth ₦2.2 million. The brand new Cartier Bracelet set the singer back $6300. 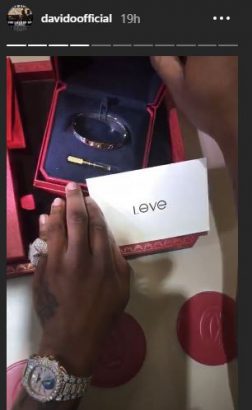 The DMW Boss took to his Insta-story to show off the gift he gifted to Chioma whom he has been calling his wife.

A quick check on Cartier’s website shows the bebautiful gold-looking bracelet is sold for $6,300 which is 2.2 million naira. 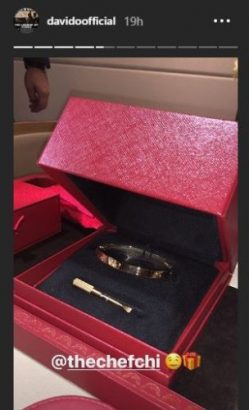 This is coming just after Chioma popularly known as Chef Chi got her first nomination for an award through the influence of her man ‘Davido‘. She was nominated by Social Media Awards Nigeria under ‘Discovery Of The Year’ category. Other celebrities under this category are Alex, Tobi Bakre, CeeC of BBN and Charles Okocha.