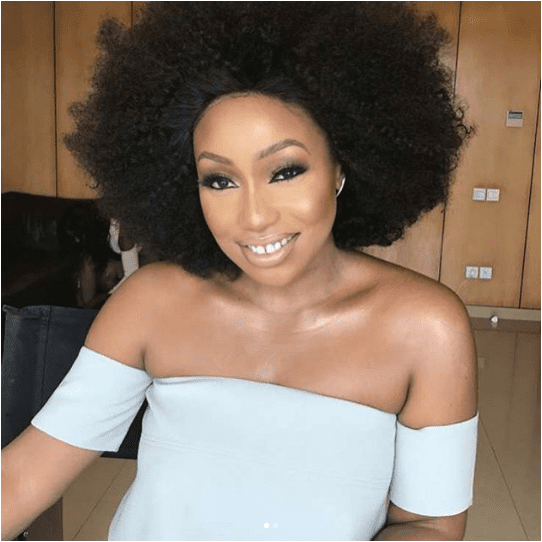 43-year-old Nollywood actress, Rita Dominic who is no doubt one of the most eligible spinsters in Nollywood was recently a celebrity guest on TVC’s ‘Your View’.

The award-winning screen star opened up on her struggle of getting married even though she almost got hitched to someone but it turned out sour.

The 43-year-old actress disclosed that she almost got married at some point in her life, adding that she is happy the marriage did not work out. According to Rita Dominic, when in a relationship, couples should at best find a way to live with each other, instead of trying to change negative traits, adding that a grown man cannot change.

“You know how you see the signs and you just ignore it hoping the person will change. Look, a grown man and a grown woman cannot change. They can find a way to live with each other and respect each other’s feelings, but to change a grown person is difficult” she said.
However when asked by the show’s host, Tope why “we feel that a woman’s success isn’t complete until she’s married and with children, that what has been the pressure concerning being married and why hasn’t it happened?”, Rita replied;
“At the end of the day, if I’m going to do it, i’m doing it for myself not that the society wants me to do it. I always will still say; I will marry the man of my dreams and not the man the society dreams for me.

“Society feels there’s something wrong with you if you’re a certain age and you’re not married. What if it’s the society something is wrong with? For forcing someone to do what they don’t want to do?”

Watch the video below:

The post [VIDEO] Rita Dominic Discusses Getting Married And Why it Didn’t Work Out appeared first on Nigerian Celebrity News + Latest Entertainment News.