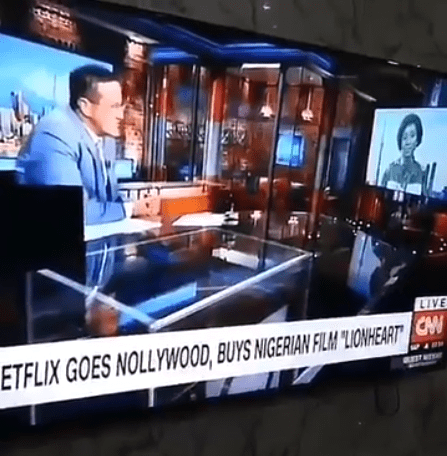 There is no doubt that Genevieve Nnaji is a legend in the Nollywood industry and she is currently the rave of the moment following the premiere of her movie, Lion Heart, which was bought by Netflix.

The screen goddess has now been interviewed by CNN’s Richard Quest in relation to her movie being the very first original Nigerian movie to be acquired by Netflix.

For the interview, the multiple award-winning star discussed her movie specifically and Nollywood generally. She said she sees Nollywood gaining global acceptance in the nearest future but the only barrier she foresees is the language.

Lion Heart which is also Genevieve Nnaji’s directorial debut features popular actors like Nkem Owoh, Pete Edochie, Onyeka Onwenu, Kanayo O Kanayo, among others. The actress wrapped up filming of the movie on May 10, 2017 and it premiered this September at the 2018 Toronto International Film Festival.

Watch a snippet of the interview below: