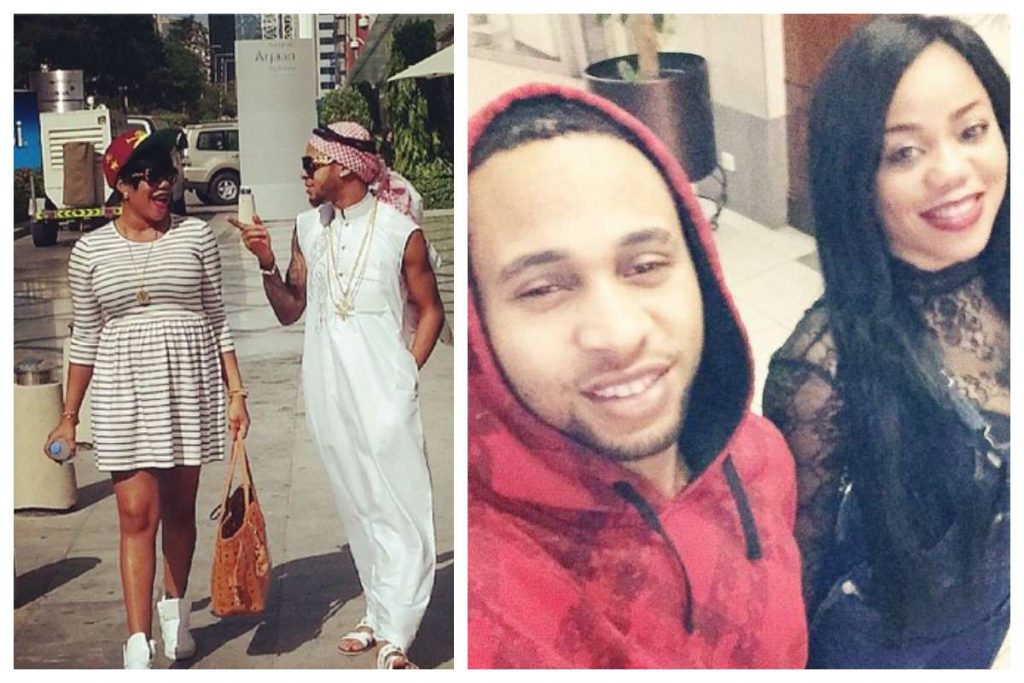 Lord Trigg who is celebrity stylist and entrepreneur, Toyin Lawani’s baby daddy, have been accused of assault at Circle Mall, Lekki, Lagos.

According to the reports there was pandemonium, this morning, at Circle Mall, Lekki, Lagos, after Toyin Lawani’s rapper babydaddy, Lordtrigg and his crew allegedly assaulted a staff and supervisor at the point of purchasing food.

Happening now (toda in CIRCLEMALL Lekki Jakande, a guy who slapped and spit on a cashier is creating a scene after bringing his friends so they can beat her up too. Who raised this kind of guy?

Now I’m wondering how some employers regard their employees! So the same guy called the @PoliceNG_PCRRU to rescue him and yet the employer let this guy go? Wow… no regard for workers ! Poverty is a bastard, literally.

According to multiple eyewitnesses, Lordtrigg refused to apologize and the staff at the mall claimed that wasn’t the first time the group would be assaulting them.

However, today, the rapper and his crew were prevented from leaving the mall until they called some police officers to come to their aid. According to Lordtrigg’s IG stories, they were at the mall for a video shoot.