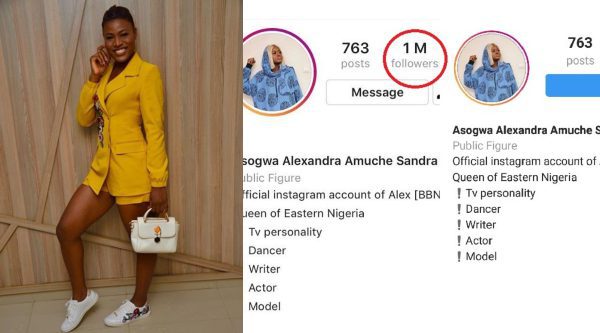 Big Brother Naija 2018 star, Alex, who celebrated hitting one million Instagram followers, suffered a set back as she lost thousands of followers on the platform.
Alex who took to her Insta-story to celebrate the reach, was reportedly planning a big celebration with her fans before Instagram followers plummeted to 995k. 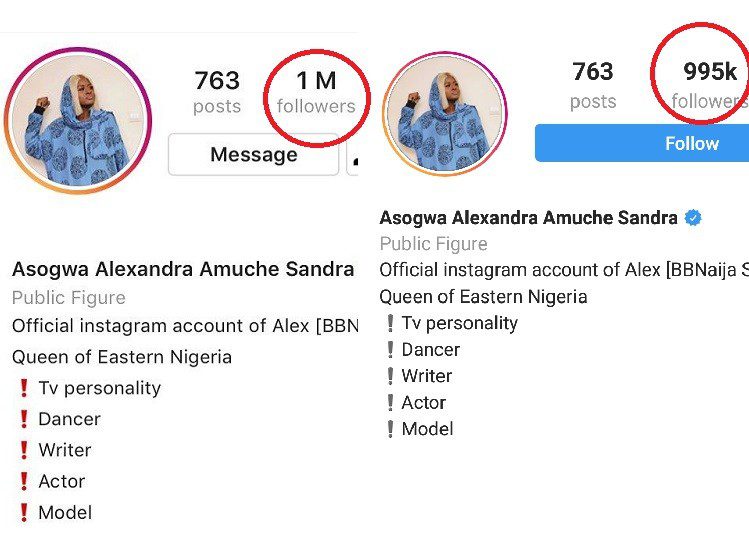 However reacting to report of losing over 1 million followers on Instagram, Alex thanked her fans and those who have shown her love in the littlest way. According to her, it is not about the followers, but the overwhelming love she has gotten so far.

Read her posts below; 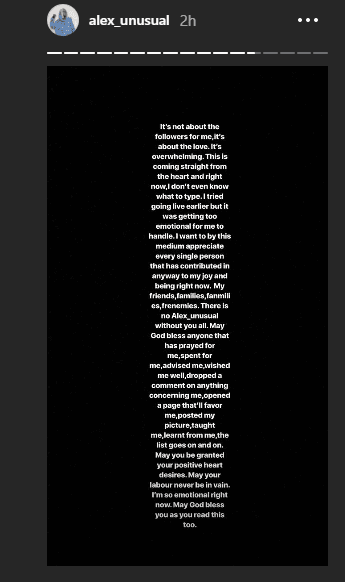 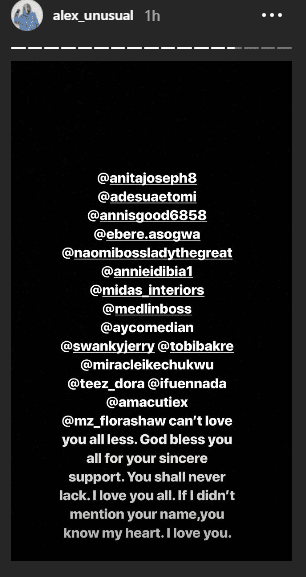 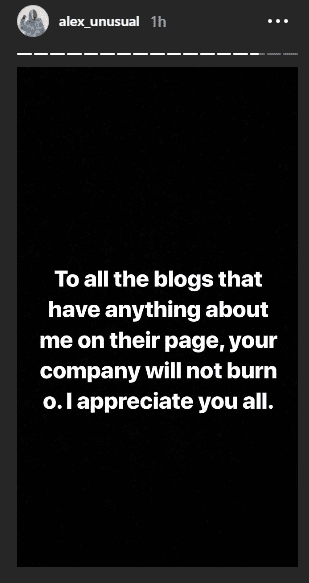 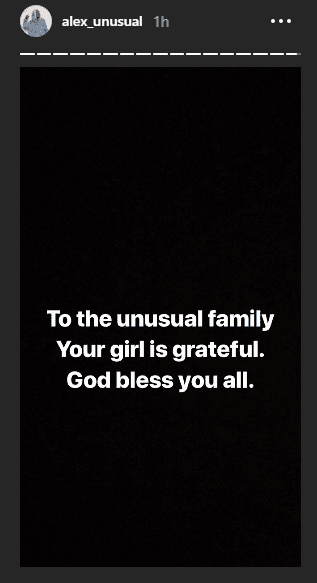 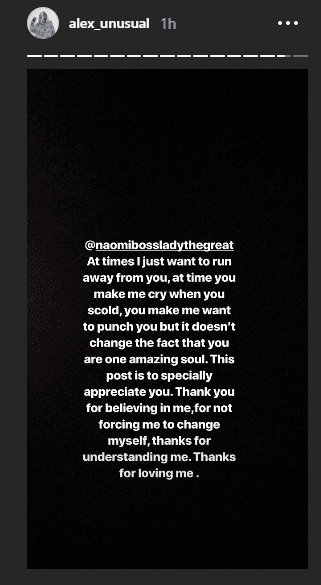