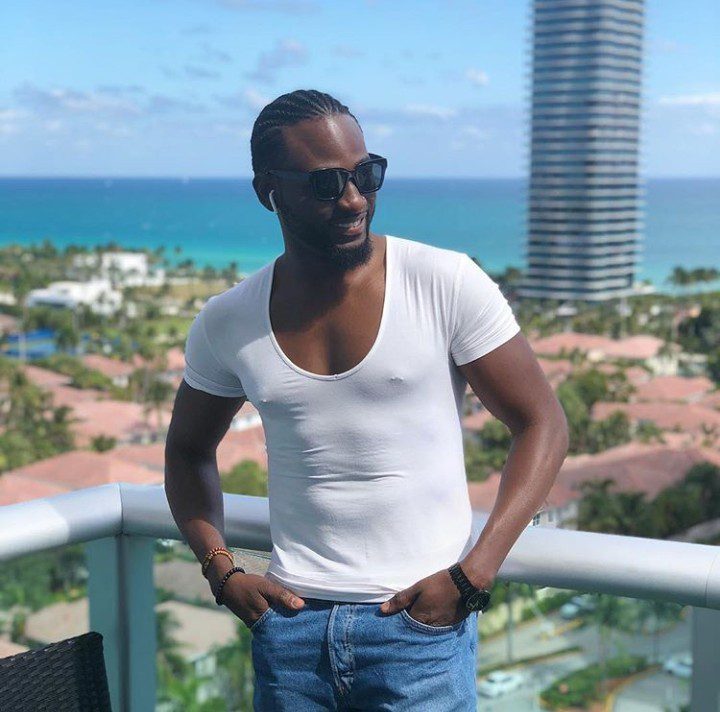 There were recent reports by some media outlets that Nollywood actor, Gbenro Ajibade is gay when he flashed his nipple rings and left a rainbow emoji, which usually signifies the gay pride flag.

This was coming after the speculations that there are problems in his and Osas Ighodaro’s marriage. the rainbow emoji was interpreted to mean that he’s gay and that might be the reason for his marital problems.

Well, weeks after, Gbenro has now addressed the speculations. The father-of-one said he is not gay and proceeded to remove the rainbow emoji from his post. He added that he had no idea the emoji could also be used to represent gay pride.

Shoutout to @queenviee @jaymoneyentt @nevadabridgepro @mofedamijo for the knowledge.So I would naturally not say but i feel at the end of the day we as human beings learn on a daily basis and with the platform I have,would be nice to impact same knowledge to my lovely followers that don’t know so they won’t make same mistake. DONT GET IT TWISTED M NOT TRYING TO PROVE A POINT TO NOBODY COS I DONT GIVE A F**K!!!For those who don’t know (even tho in my context I was obviously referring to the actual weather)this is for you:

The rainbow emoji is ALSO a symbol for the ‘LBGT’ movement (lesbian,gay,bisexual,transgender)Fortunately or unfortunately for y’all I AM NONE OF THE ABOVE!!!!…check my records. Am only explaining for those that didn’t know till today like me.So please stop having my dm’s adulterated(you know yourselves! And bout my piercings…hey there are just 4years old and am only on the 7th one??

See photos of his explanation below: 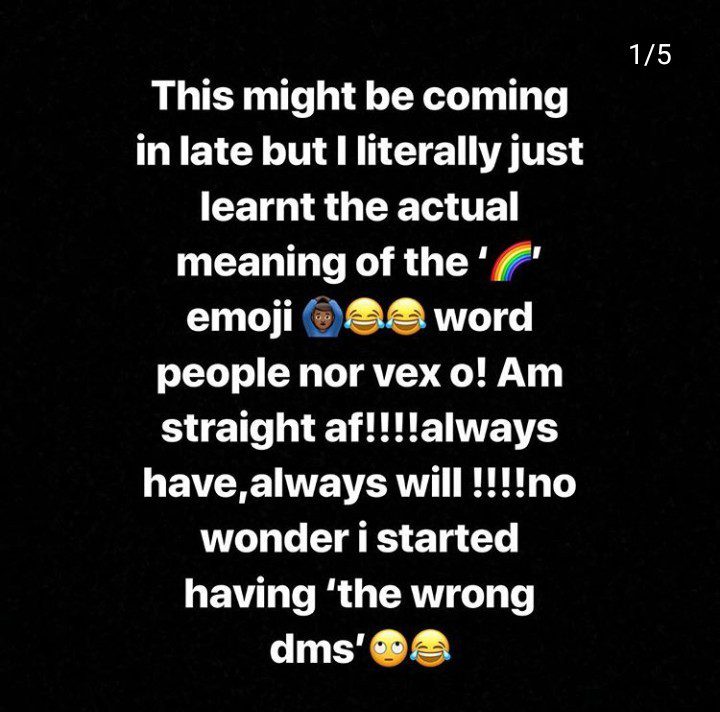 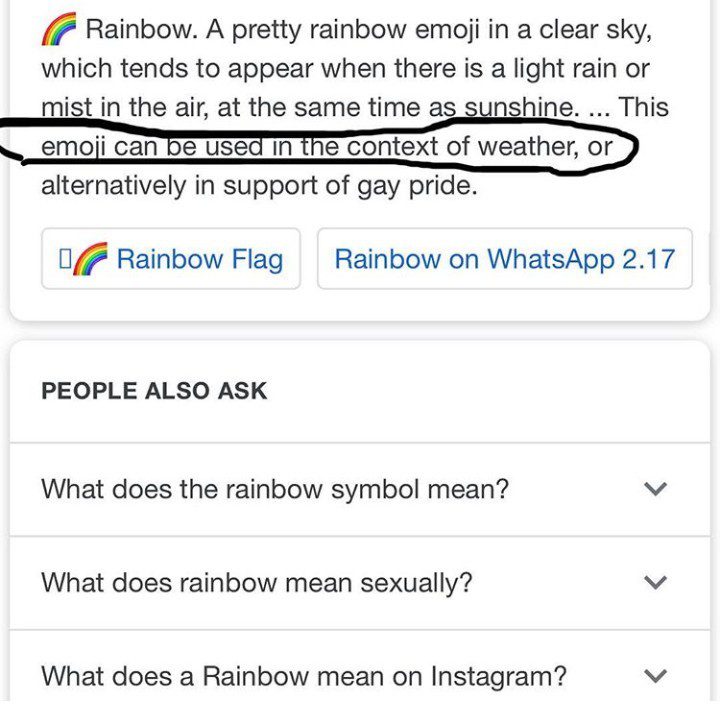 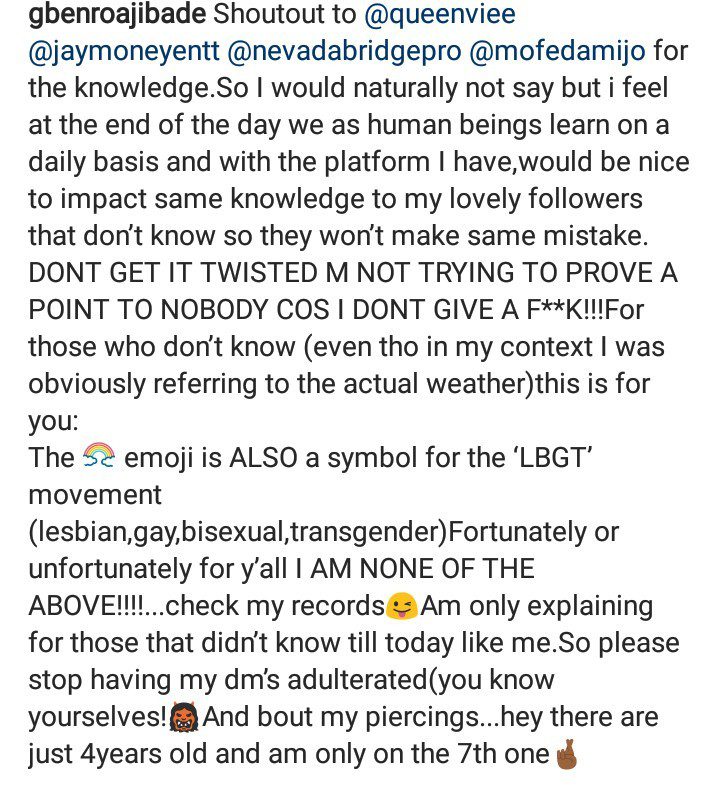