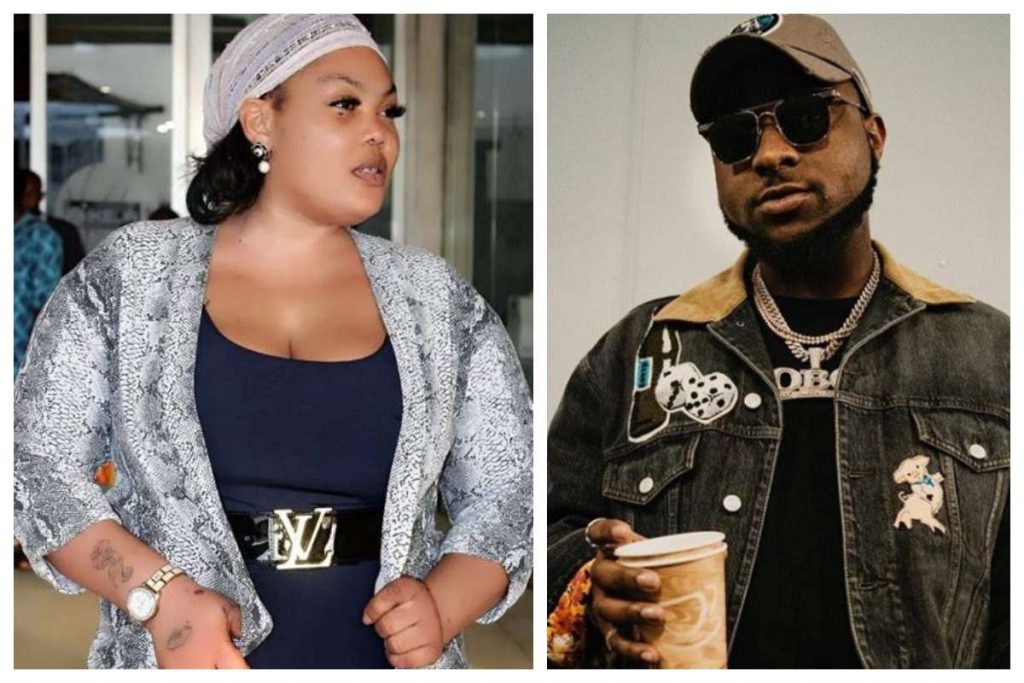 She revealed this in a chat with Showtime. According to her, her dislike for him grew after an encounter last week. She said;

“There was a time he came to Afrikan Shrine and sat on my chair; I told him he was sitting on my chair that I was older than him with more than 8 years, that, he should get up for me. I advised him not to think that because he’s Davido he can just come and sit on my chair. He eventually stood up though.”

Speaking further, she condemned his kind of music, classifying it as crap music. She said;

“I don’t think Davido is a good artiste, I don’t like him. I’ve never related to his songs because he usually sings about girls, love, money and I’m not interested in that kind of music. I want music that would give me intelligence, music that would make me feel okay when I’m in a particular situation, not songs that would be telling me about a woman, a gold digger, an expensive shoe, accessory or whatever.

That’s why I love Nicki Minaj; if you listen to her hardcore songs you’ll get a lot of intelligence from it”.